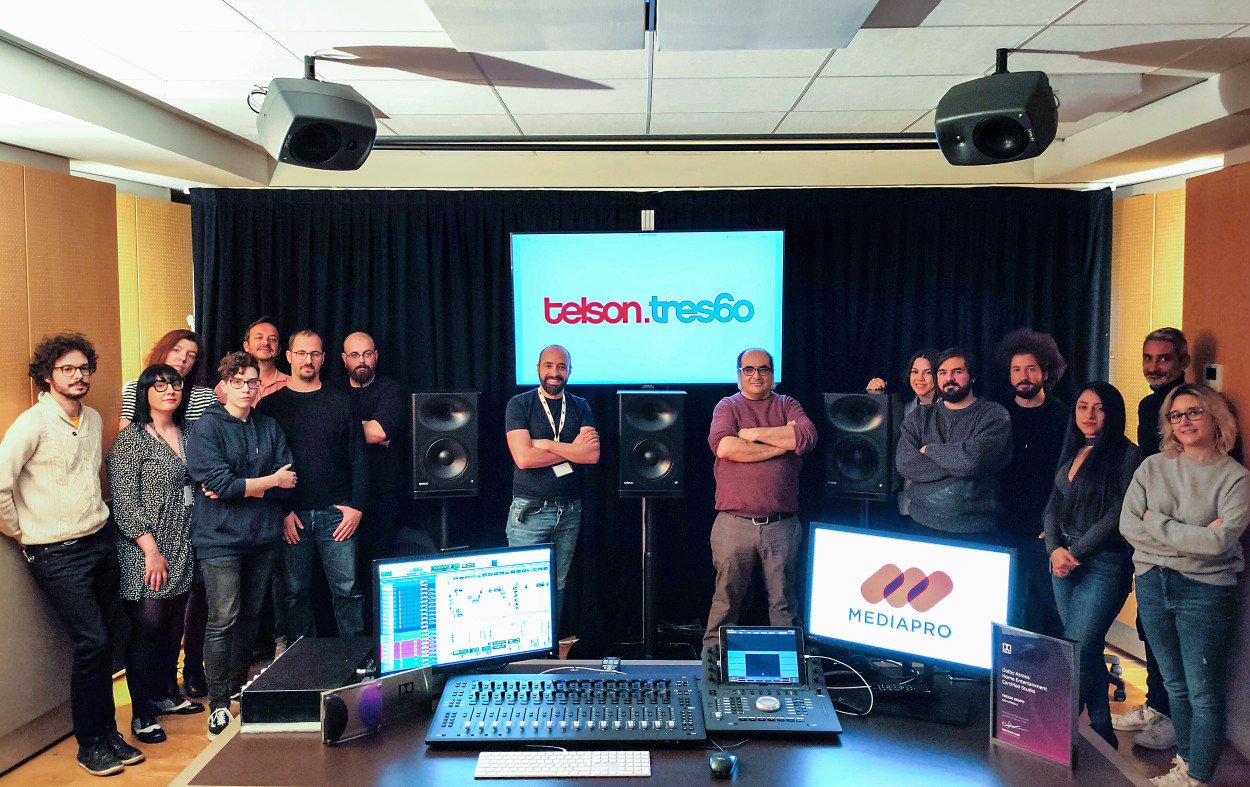 Genelec Smart Active Monitors, including the high-SPL S360 two-way model, are at the heart of two new Dolby Atmos Home Entertainment certified rooms at Telson. Tres60 studios in Madrid - the very first in Spain to have been certified by Dolby.

Part of Mediapro’s image and sound post-production company, Telson.Tres60 opened its new facility in May 2019, and decided to upgrade its monitoring capabilities to better serve its clients. “The system upgrades were driven by client demands - for example Movistar asks for everything in Dolby Atmos,” explains sound production co-ordinator, Ana Belén Martín. “We must be able to fit the standards of each of these clients. This means that we have to generate much more material than before because of the different types of broadcast formats – from a mobile phone to a Smart TV.”

The Telson.Tres60 team, alongside Unitecnic – Mediapro’s engineering company which handled the installation – turned to local Genelec partner Audio-Technica Iberia for the 7.1.4 monitoring solution. In both rooms S360A monitors were installed in the LCR positions, with four 1032C monitors as surrounds and the same number of 8340As covering the overhead channels. Low frequency content is handled by a 7382A subwoofer, and with all of the monitors being calibrated and controlled via Genelec’s GLM loudspeaker management software, the monitoring system is able to provide the flexibility required to work to different standards.

“These are the only two Dolby Atmos Home rooms in Spain approved to work at a 79 dB SPL monitoring level,” adds Pelayo Gutiérrez, sound supervisor and head of the fiction sound department of Telson.Tres60. “Ricardo Viñas from Dolby was responsible for adjusting the rooms and equalising them to the three required levels: at 85 dB for cinema, 79 dB for Netflix and 82 dB for Telefónica.”

Alongside the two Dolby Atmos Home rooms, the facility features a 7.1 room, two 5.1 rooms, a foley room and a movie theatre, which also benefit from Genelec monitoring technology. “In terms of technical expectations, Genelec has delivered exactly what we anticipated,” reflects Gutiérrez. “We are very happy – it's a perfect set-up. We have real confidence when it comes to making premixes here and moving on to the movie theatre or vice versa - the mixes translate perfectly.”