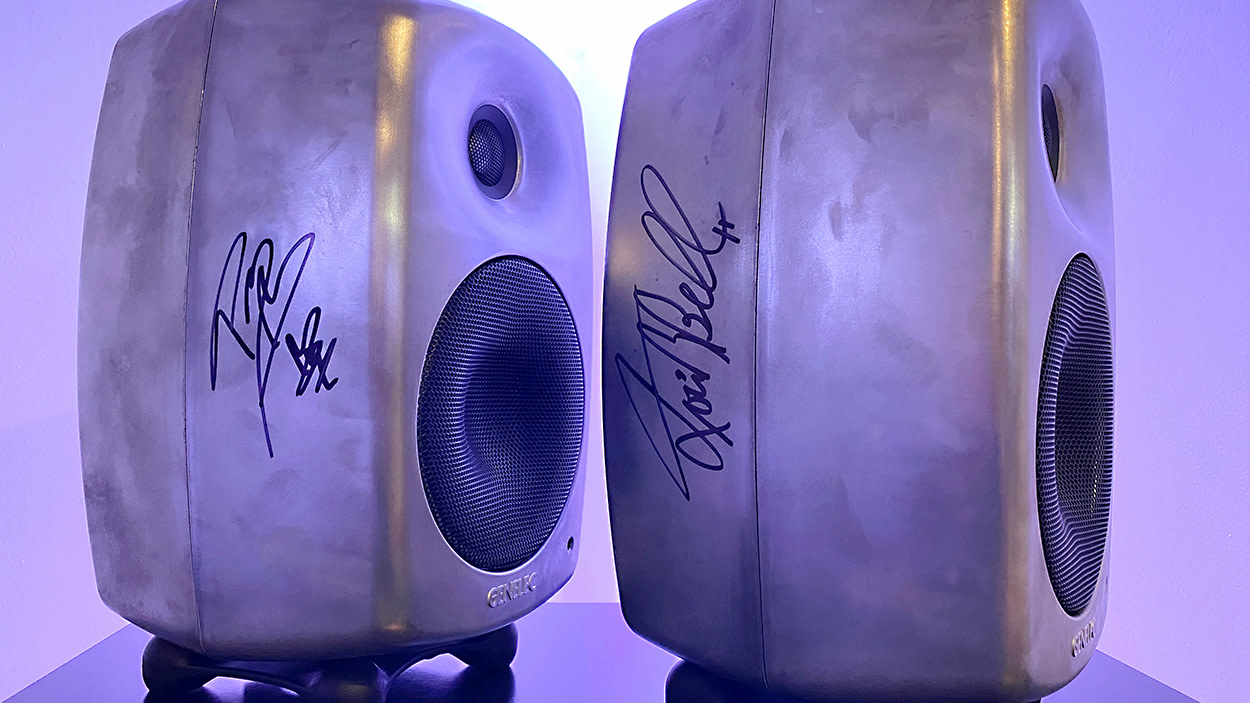 As part of its annual GRAMMY Week® auction, which raises money for music education and is running through March 23 at 3 p.m. EDT, the GRAMMY Museum® is auctioning off a one-of-a-kind prize package featuring a pair of Genelec 8030C RAW Studio Monitors signed by multi-GRAMMY® winning artist Post Malone and GRAMMY-nominated producer/engineer/songwriter (and loyal Genelec user) Louis Bell. The package also includes a one-on-one Zoom virtual meet-and-greet video session with Bell, where he will hang with the winner, talk about his career and offer insights on the creative process. The package has an estimated total value of $2,500.

Visit https://www.charitybuzz.com/catalog_items/auction-meet-grammy-nominee-louis-bell-via-zoom-plus-2179033 to bid on this auction item or read more, including full details and rules/regulations. Visit charitybuzz.com/grammy to view other items in the auction.

About Genelec 8030C RAW Studio Monitors:
Genelec’s 8030C RAW Studio Monitor (in the special RAW aluminum color finish) is a loudspeaker providing big monitor performance in a small footprint. It offers precise imaging and staggering detail in an environmentally friendly loudspeaker design that allows the natural beauty of the enclosure’s raw aluminum to shine through, and gives each individual loudspeaker a unique look and feel.

Genelec Launches Season 2 of “Show Us Your Cave” Video Series

Win a pair of RAW 8320s in our Anniversary Contest