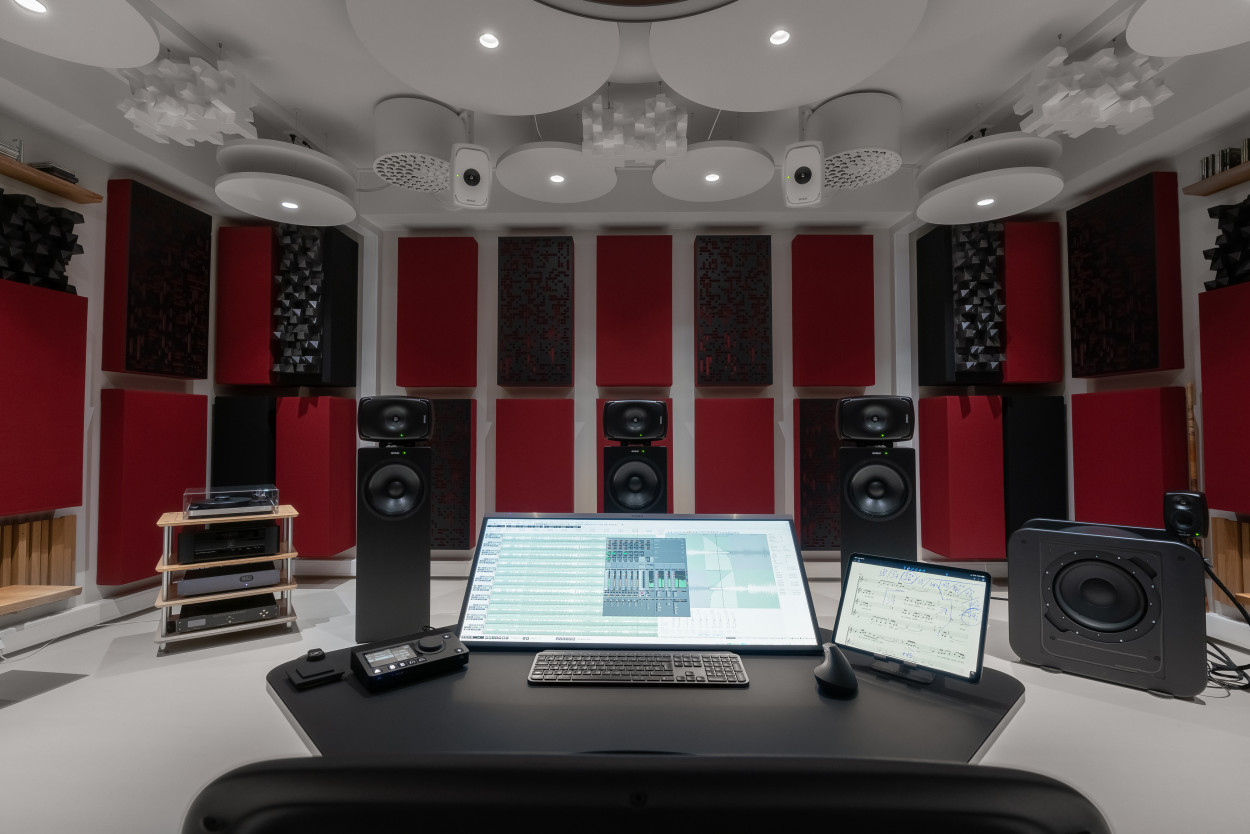 Oslo, Norway, January 2021... In the world of immersive music recording, no-one has done more than Grammy-winning sound engineer and music producer Morten Lindberg to set the gold standard for what can be achieved in this field. Having embarked on his recording career back in 1992 through his production company Lindberg Lyd, Lindberg set up the 2L record label to specialise in high quality recordings featuring Norwegian composers and performers and an international repertoire. To raise the bar of sonic excellence even further, Lindberg has recently upgraded the monitoring system in his post production studio, deploying Genelec smart active monitors and woofer systems in a 7.1.4 configuration.

Lindberg explains that “Once you've experienced immersive audio, then coming back to stereo is really difficult. When I started doing recordings back in the early 90s, stereo was our perspective to work with, it was what we had. Then came surround sound in the early 2000s, and that opened up a whole new wide image to music reproduction. When we started to experiment with immersive audio, what we expected to gain with adding the height dimension was to simply increase the level of detail and resolution. How much space would be available to the instruments and to the musical lines, the size of the canvas available to the chords, and so on. But, that was not what we got. What we got was an emotional component. By adding the third dimension of the soundscape, the emotional impact to the listener was increased tenfold.”

Lindberg’s newly upgraded post production facility is designed specifically for the editing, mixing and mastering of immersive audio. Compatible with both Dolby Atmos and Auro-3D, the monitoring system is largely based on models from ‘The Ones’ series, starting with seven 8351B coaxial three-way monitors in the bed layer, all complemented by TEC award winning W371A adaptive woofer systems. The height positions are handled by four of the lighter, more compact 8341A models, with a 7380A subwoofer handling the LFE. Additionally, an 8320A compact two-way nearfield monitor sits atop the 7380A, to provide an upwards frequency extension above 120 Hz. This acts as a checkpoint into the true content of the LFE channel before it is distributed.

“I found that the coaxial design of The Ones gives amazing imaging not only in surround, but it actually adds to the full surround and extends to the height dimension, preserving that precise detail of our source,” he continues. “All The Ones models that we used have full bandwidth capabilities on their own, so the intention with the W371A was really to reach down into that tactile, haptic aspect of sound, to reach down into the part of the sound experience which transitions from audio into the vibration range.”

Lindberg goes on to explain that “Our whole body is actually a very sophisticated sensory system and the body’s experience of music is much broader than our traditional definition of audio. There are different directivity modes you can use on the W371A woofer which might help out if you’re in a smaller or compromised room - but in a room like this, which is spacious and has an overall good sound quality - I found that the basic complementary mode of the W371A sounds to me the most open and natural extension into the tactile area, where it kind of moves your belly.”

Lindberg uses Genelec GLM loudspeaker manager software to connect, calibrate and control the monitoring system. “By measuring out our listening positions and our workspace we can do some pretty clever optimising of the speakers to this particular room,” he comments. “What I found most useful about GLM is how ‘elastic’ it is in terms of how many speakers we can connect to the network, and how they are placed and configured. Additionally, GLM can also act as a monitor controller, giving you access to all the speakers.”

But while experience, expertise and the finest technology are obviously essential components in Lindberg’s impressive recording toolbox, it’s also clear that he has never lost sight of his real mission in music. “A perfect recording for us, is if we can make you cry….or laugh. It’s about emotions.”