null When inspiration, resilience and the hand of time create perfection 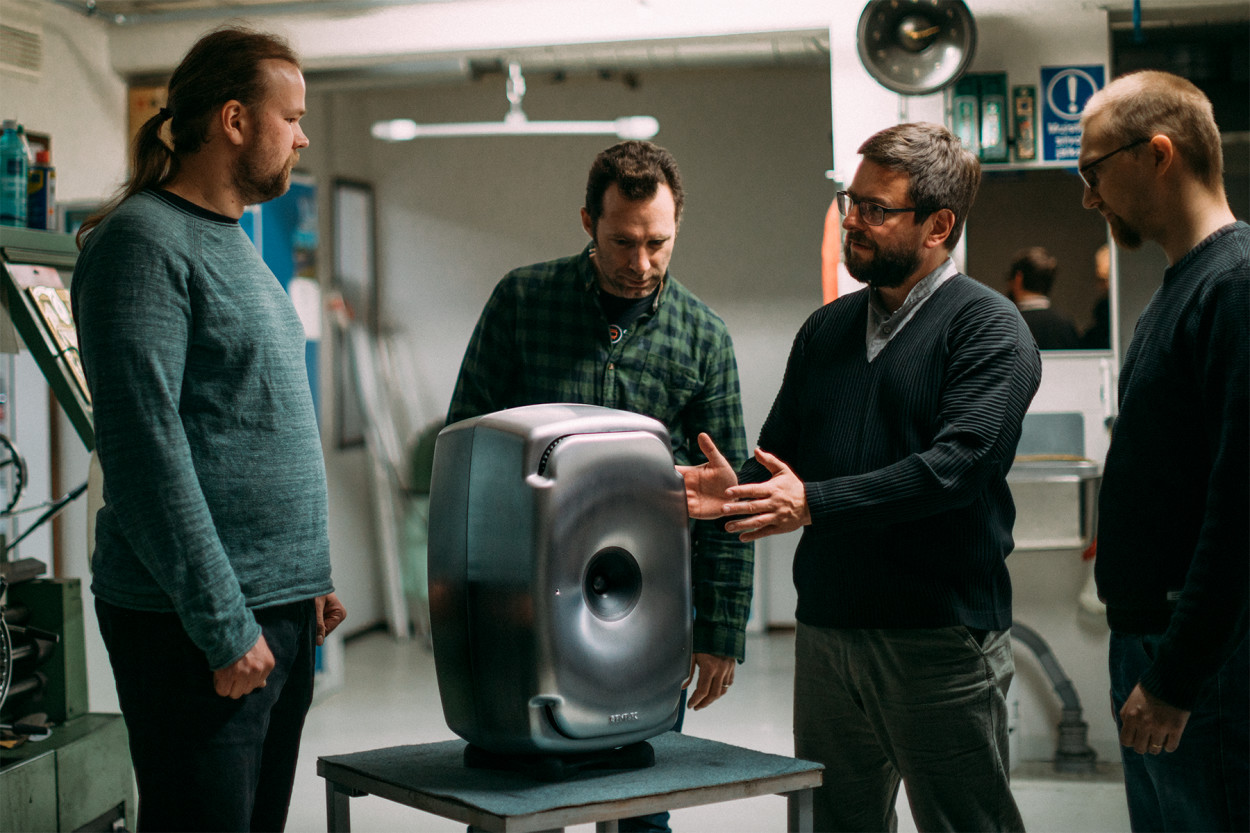 In 1978, when Genelec opened a new era in active monitoring loudspeakers for audio professionals, it would have been impossible to imagine that over four decades later the evolution path of such discovery would lead to the point source technology of The Ones family.

Similarly, it would have been impossible to predict that active monitoring technology would become the mainstream in audio monitoring, and that over a million Genelec active studio monitors would have become the essential quality assurance tool of audio professionals around the globe. Since then the momentous choices made, and over forty years of impeccable history have unfolded, encompassing tremendous amounts of work, tough choices and great successes - though not without discovery failures which have also been a valuable part of our success.

The Ones were created through a combination of idealism, long-term dedicated research and development and a continual refinement of inspiration; and based on the heritage of active technologies with a tremendous amount of experience, feedback and knowledge. We believe that The Ones represent the holy grail of studio monitors, and are the closest professionals can get to natural sound reproduction in real rooms. They have inherited elegant and acoustically purposeful industrial design ingredients, such as the directivity control and diffraction-beating rounded edges of the 1022 model, launched in the 1980s and refined twenty years later in the 8000 Series, as well as the digital intelligence of the 8200 Series, introduced in 2006. At the same time, The Ones’ have adhered strictly to the neutral sound characteristics and design philosophy manuscript of our iconic 1031: qualities also shared by countless Genelec models throughout the company’s history. While the 1031 redefined audio monitoring and secured its permanent place in audio history through its induction into the TECnology Hall Of Fame in 2014, The Ones have quickly become the monitors of the modern age.

The intertwining of high technology and art has not stopped there. Carefully selected quality components, handcrafted coaxial and oval transducers, audio networking, feature-rich GLM software with auto-calibration algorithms created through decades of empirical research, eco-friendly power management and unconventionally wide directivity control in both planes, means that The Ones point source monitors represent the best of both technology and art in a single masterpiece. And since each model is enveloped in an enclosure made from recycled aluminium, assembled and individually tested and calibrated in Finland, every Ones monitor shipped will create a professional monitoring tool for generations to come, carrying with it our passion for uncompromised performance.

Having lovingly updated the original 8351 model, and created a new flagship for The Ones family with the three-way 8361, our latest innovation is the W371 adaptive woofer system. This finally extends the point source phenomenon to a well-articulated Very Low Frequency domain that is second to none, and we are extremely proud to expand the family with these three new members that stay resolutely true to the spirit of The Ones.

Radical innovations like The Ones are the results of genuine inspiration, resilience, and the will to contribute to the development of goodness in society. A company is a human community whose flourishing depends on its purpose, values and what it delivers, and to quote the great French philosopher and writer Voltaire:

“Perfection is attained by slow degrees; it requires the hand of time.”

A warm thanks to our dedicated team, users, partners, friends, and everyone who has helped us to attain such a significant milestone!

Featured Posts
GLM 4. The natural bridge between creativity and science
Introducing She Knows Tech
The art of creating in your space
My Pink Ribbon Experience
More posts

The art of creating in your space

Is the internet killing customer service?

Can a Studio Ever be Sustainable?

Responsible ownership in times of crisis

COVID-19: A virus that has shaken the world

Aki Mäkivirta's CTO award acceptance speech: “Everyone is important. And, everybody in the company can make a difference”

AV: The Future Is Networked

How Does it Sound on Headphones? Personalised Headphone Listening • Part Two

Hope, Determination, and the Courage to be Different

Will technology remove responsibility for the choices and actions of people?